With No DJ Skills Comes A Legendary Mixtape By Zzzzra!

Undeniably, Prince Zra Jah – Mixtape is probably the best mixtape since I played a Lionel Ritchie compilation in a 1978 Nissan Cherry back in the 90s.

By all means, Zzzzra, delivers this pineapple sweet, reggae-infused one-hour musical divinity selection like no other. Particularly to make note of, is that this is a mixtape and no seamless DJ set because as Zzzzr mentions, a lack of personal DJ skills.

Nevertheless, this is just waiting to fill your Sunday chill-zone with bliss.

As a matter of fact, and perhaps a contrast, Zra Montalban, as this creator is also known as, is an accomplished dub techno producer. Something that can be convincingly experienced through Zra’s LP L’entraide.

Whether it is a contrast or a token of root appreciation, we LOVE it!

As always – relax, enjoy, smile and have some pineapple! 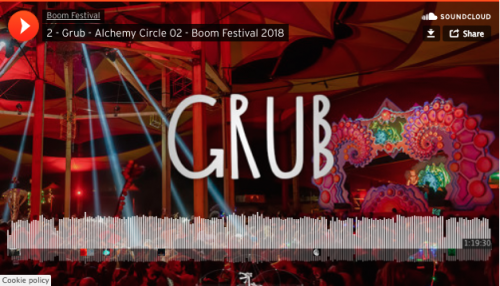